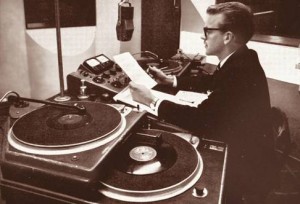 It is difficult to imagine a time when we had no communications short of word to mouth or the pony express. In this day and age we are immersed in a media buzz and have the instant availability of unlimited global information and entertainment over the internet. Broadcasting from Orange will be the subject of the Orange and Distinct Historical society’s meeting to be held next Wednesday 9th of October at 7 for 7.30 in the Senior Citizens Centre Sale st Orange .

The first hints of mass communication began with the invention of the printing press in 1446 making possible the wide distribution of knowledge via book sand pamphlets. Very few people could read at this time. The field was revolutionised when, following the discovery of the seemingly miraculous electricity and electromagnetism, the telegraph was invented in 1844 enabling the transmission of coded messages (Morse code) over relatively inexpensive wire. This was quickly adopted world wide. There was an undersea cable between Britain and America in 1858 and between Australia and Java in 1872 Â The first interstateÂ  telegraph line was in 1858 between Adelaide Melbourne and SydneyÂ Â  and Orange opened its telegraph office in 1860

Direct speech transmission became possible with the invention of the telephone by AG Bell in 1876 and this too was rapidly adopted such that by 1880 there were telephone exchanges in Sydney and Melbourne and byÂ  1900 Australia had 30,000 telephone connections.

However mass communication as we know it today did not become possible until wireless transmissionÂ  demonstrated by Marconi in 1893 and fist used for maritime and Naval applications e.g. the Titanic 1912 and both Navies in WW1

The first radio broadcastingÂ  stations in Australia ,2FC and 2BL were established in Sydney inÂ  1923. This soon became the rage and there wasÂ  explosive growth from the 1920’s onward. Australians were characteristically early adopters.

2GZ was the first station opened in Orange with a first transmissionÂ  on 31st October 1935. The GZ stood for Graziers as it was started by the NSW Graziers association.

2CR opened with a grand launch for 400 people 29th April 1937 held in the then Strand Palais theatre ( now Salvation Army store) . Television transmission in Australia began just before the Olympic Games in 1956 while CBN8 began transmission in Orange in 1961 after a long battle with the entrenchedÂ  stations of the capital cities.

The coming of radio is still vividly remembered by our elder citizens and there are hundredsÂ  in the community who have worked in the exciting fieldsÂ  ofÂ  radio and television broadcasting since those early days. Our speakers tonight are two such people. Doug Spicer had a musical father with regular shows on 2GZ from the late 40’s.Following 10 years with army Doug joined CBN8 in the early 1980’s as Cameraman/studio manager where he stayed until eye problems forcedÂ  him to retire. He then joinedÂ  community radio 107.5 FM as a volunteer with regular programs until earlier his year

Laurie Neville has had over 30years inÂ  radio and televisionÂ Â  beginning in 1969 at 3HA HamiltonÂ  Victoria and at stations 2WG 2CA Channel 7 (Canberra), 3UZ 3DB and 3LO before coming to Orange in 1988 as station manager . He retied in 2004 after 30 years inÂ  broadcasting.

The meeting will take place at Orange Senior Citizens Centre (entry from Woolworths car park) on Wednesday 9thOctober at 7 for 7.30pm. There is a small charge of $3 for members of Orange and District Historical Society and $5 for non-members, to cover costs. Light refreshments will be served. If you have any inquiries or would like to attend the meeting, please RSVP to Phil Stevenson on 0402 412 188 (email: ibiswines@bigpond.com)Â Â Â  or Julie Sykes 62621682

Posted in Orange & District Historical Society and tags: radio by Jan Richards Comments Off on Broadcasting from Orange
< Older-post Newer-post > [back to top]