Education, one of the basic building blocks upon which people build their lives, will be the subject of Orange & District Historical Society’s next monthly History Alive meeting, on Wednesday, November 9 at 7.30pm. The meeting will focus on the development of local schools as well as the teachers and the way children were taught. 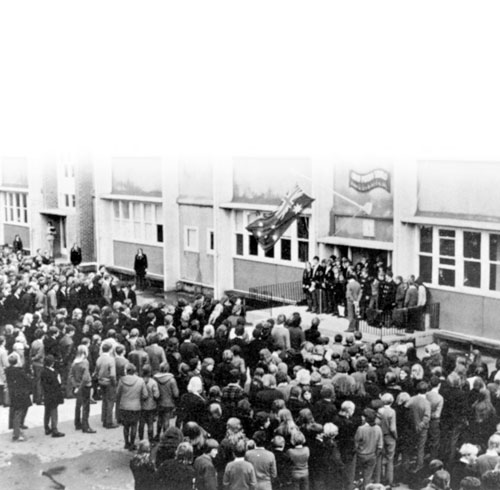 The first schools started in Orange in the 1850s. Following the Gold Rush and subsequent expansion, schools were established in many of the small settlements which sprang up around the district. The first public school in Orange was a National Board school on the corner of Anson and Byng Streets. This later became Orange District School. Orange Public School was opened in the 1880s on its current site on the corner of Kite and Sale streets, while Orange East Public School started in the 1890s. Orange High School was established in Sale Street in 1912.

Guest speakers at the meeting will be Denis Mullen and Ross Maroney. Denis Mullen started his teaching career at small schools near Kempsey, Cooma and Dunkeld before starting at Orange Public School in 1949. He was there for 12 years before becoming headmaster at Lucknow Public School, then Nashdale School. He retired in 1985. Now aged in his late 80s, he will be remembered by generations of local people he taught who are themselves now well into middle age.

Ross Maroney, who grew up near Young, started his teaching career at Condobolin in 1963 before teaching history at Orange High School from 1965 to 1990. He is well known as a passionate local historian and, like Denis Mullen, has a wealth of knowledge about local schools and education.

Members of the society as well as the general public and current and former teachers are welcome to attend and comments and questions from the audience are welcome.
The meeting will take place at Orange Senior Citizens Centre (entry from Woolworths car park) at 7 for 7.30pm. There is a small charge of $3 for members of Orange and District Historical Society and $5 for non-members, to cover costs. Light refreshments will be served.