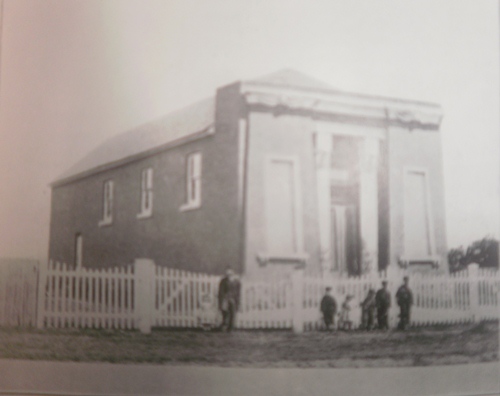 The long and fascinating history of Freemasonry in Australia goes right back to the First Fleet, while Freemasonry in the Orange district dates from the days of the gold rush at Ophir in 1851. Freemasonry will be the subject of Orange & District Historical Society’s next History Alive meeting on Wednesday, April 10.

Two knowledgeable Orange Freemasons, Chuck Frame and Richard Whitton, will talk about this well-known but often little understood movement in its Australian context as well as how it evolved in Orange and the Central West.

There were Freemasons aboard the First Fleet, carrying travelling charters of lodges, and their first meeting in Australia was held aboard a French vessel before either party realised war had been declared between England and France.Subsequent meetings were held under the charter of the Grand Lodge in London but in 1799 Australia formed its own Grand Lodge.

Early Orange identities, such as Joseph Moulder, Andrew Kerr and Denis Hanrahan (who owned the Wellington Inn, now the Royal Hotel) were among the founding members of Orange district lodges. Now there are two craft lodges in Orange with others at Millthorpe, Manildra, Blayney, Mandurama and Bathurst and are involved in a number of charitable ventures.

Chuck and Richard will bring some Masonic regalia to the meeting to explain their symbolism. Among the regalia used by Masons are aprons, gavels, chisels and 24-inch rulers. While they were originally the masons’ tools of trade, they are now used speculatively rather than operatively.

The meeting will take place at Orange Senior Citizens Centre (entry from Woolworths car park) on Wednesday, April 10 at 7 for 7.30pm. There is a small charge of $3 for members of Orange and District Historical Society and $5 for non-members, to cover costs. Light refreshments will be served.

Posted in Local History, Local Sites, Orange & District Historical Society Comments Off on Do You Have a Freemason in Your Family?
< Older-post Newer-post > [back to top]