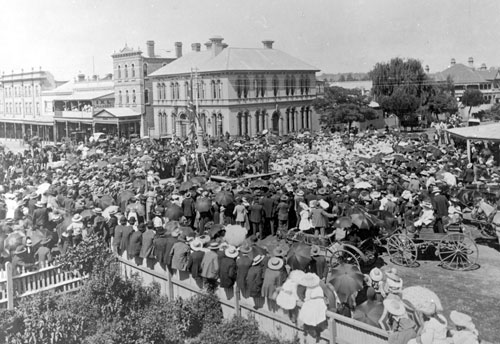 Today marks 111 years since the signing of the Treaty of Vereeniging on 31 May 1902 which marked the end of the Second Boer War. Many Orange citizens were involved in this conflict and four young men lost their lives: Major SJ Smith, and troopers EJ Coneybear, HJ Beasley and M Bastick.

Posted in Local History, Resources, War Comments Off on A Time to Remember and Reflect
< Older-post Newer-post > [back to top]